Explore the diversity of Indonesia from South to North

Aboard the luxurious Dewi Nusantara, we’ll enjoy the range of Indonesia’s dives

Book Now
Indonesia has a huge diversity of marine environments, and hence dive sites.  During these two trips aboard the stunning Dewi Nusantara we will sail from Saumlaki in the south, through the archipelago, to Ternate in the north.  We will enjoy a diversity of dives, from oceanic reefs, to muck dives and fringing reefs.  Each area has its own community of animals and we will be searching for fishes endemic to each area we visit.

This first trip starts in Saumlaki, south eastern Indonesia.  Saumlaki belongs to the group of islands of Tanimbar, which are very rarely visited and both culturally and biologically very rich.  Several terrestrial species, such as an endemic cockatoo, skink and python are found nowhere else on earth.  Biologically, the fauna is related to that of Australia but has been isolated for thousands of years.

From here well we head northwards across the eastern Banda Sea, visiting the fabled snake island, where sea kraits can be found in huge abundances and we will dive many of the other famous sites in this difficult to reach area.  The island of Banda is packed with history, having been the centre of the global spice trade, and a neighbouring island was so globally important that it was traded between the UK and the Netherlands for Manhattan. The sites on this itinerary include extremely remote and pristine islets and atolls with fantastic visibility and bountiful fish life.  The tour ends in Ambon, a renowned muck diving mecca.

Starting in Ambon in central Indonesia, we will explore another rarely visited part of Indonesia as we travel northwards.  Between Ambon and our ultimate destination of Ternate, we will explore the islands of Seram, Obi and of course Halmahera.  The latter being particularly interesting as it is the home of the newest and most western epaulette, or walking shark, species (Hemiscyllium halmahera) named in 2013.  It is also home to Wallace’s Standardwing, a type of Bird of Paradise that also represents the most westerly range of this group also.  It is thought that a land mass migrated here on tectonic plates from eastern New Guinea and many animals rafted along with it, including the shark and BOP.  This itinerary offers a range of fringing reefs, muck dives and exploratory dives in one of the last frontiers of Asian diving.

Living aboard Dewi Nusantara is as close to a five star experience as is possible in the faraway corners of the Indonesian archipelago.

With an overall length of 57 meters, our three masted topsail schooner moves with a grace and stability that only larger sailing vessels can offer. 2000 square meters of sail are complemented by two 500 horsepower marine engines and two desalinators that each produce 5000 liters of fresh water per day. We purposely designed the Goddess of the Archipelago to be totally independent for long periods at sea while offering unparalleled comfort. There are eight spacious air-conditioned staterooms, that can be adapted to either twin or double use, each with its own en suite bathroom. The master and commanders’ cabin aft is the size of a large hotel suite.

While you experience the romance of a bygone area you will be able to indulge in the sheer luxury of finding lots of space everywhere you go from bow to stern. There is a huge lounge and the dining facilities are those of a superb restaurant.

With her state of the art diving equipment Dewi Nusantara has become the ultimate live-aboard diving platform in Indonesia. Her discreet and attentive Indonesian crew of 18 is complemented by one cruise director and four dive-masters who all have a long experience in the area. 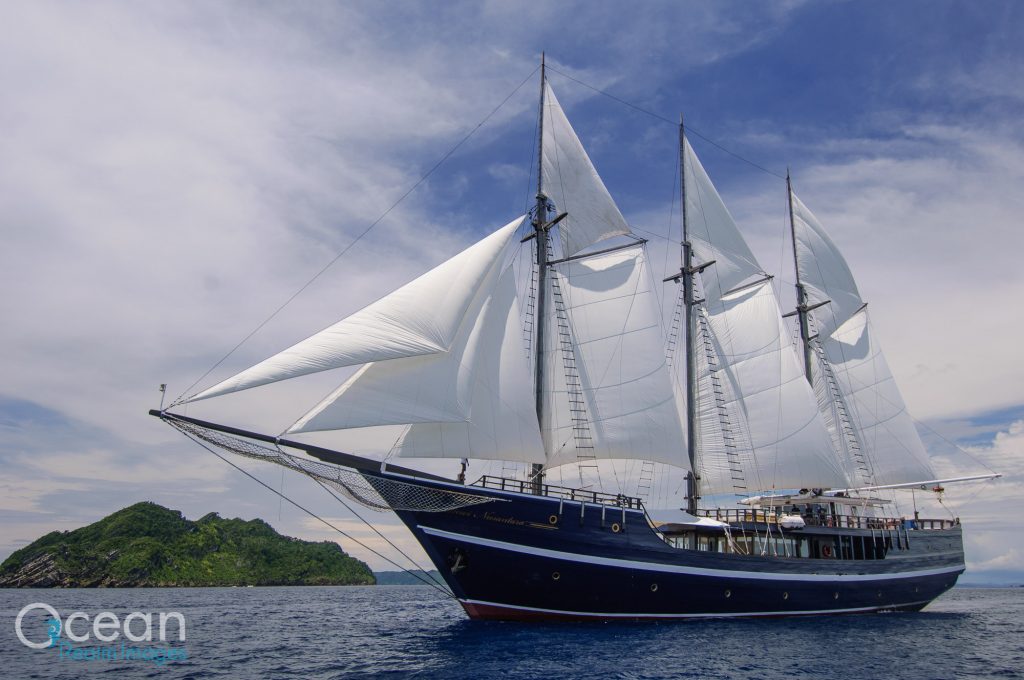 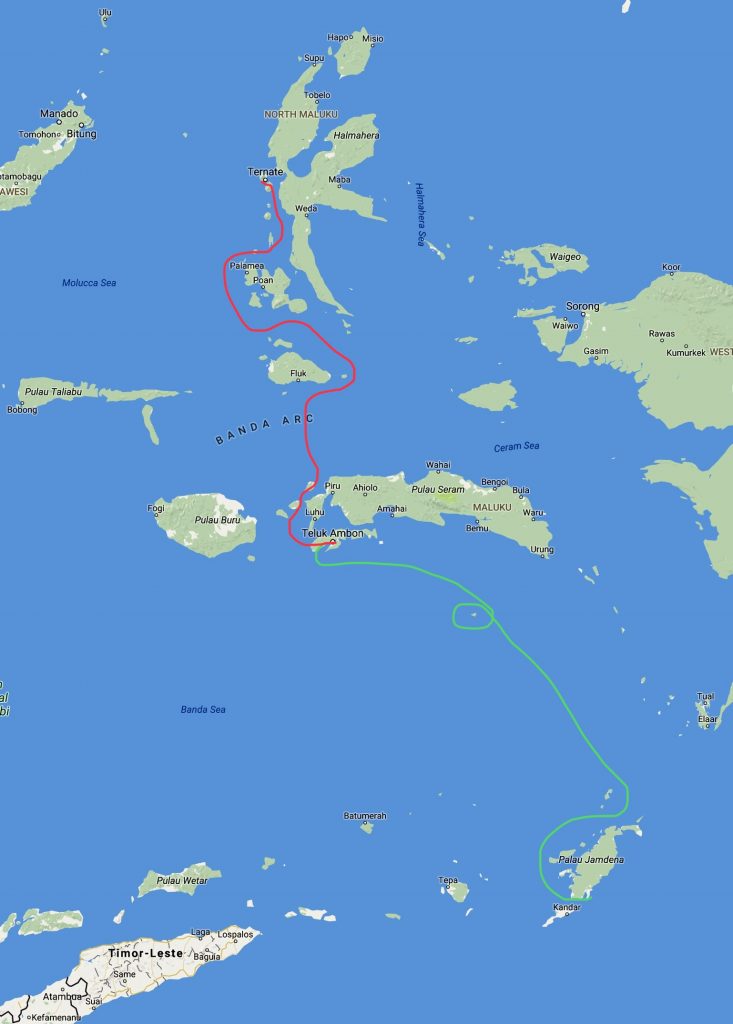 Exclusions:
Port & Harbour Fees
Long Distance Fees
Airfares, both domestic and international
Spirits and wine (one serve of wine is provided with dinner)

Register your interest or join the waitlist

AMAZING! Richard is able to make scientific talks hugely entertaining . I learnt so much, and every dive after the talks I found myself on the hunt for the new critters I had just learnt all about. Brilliant!