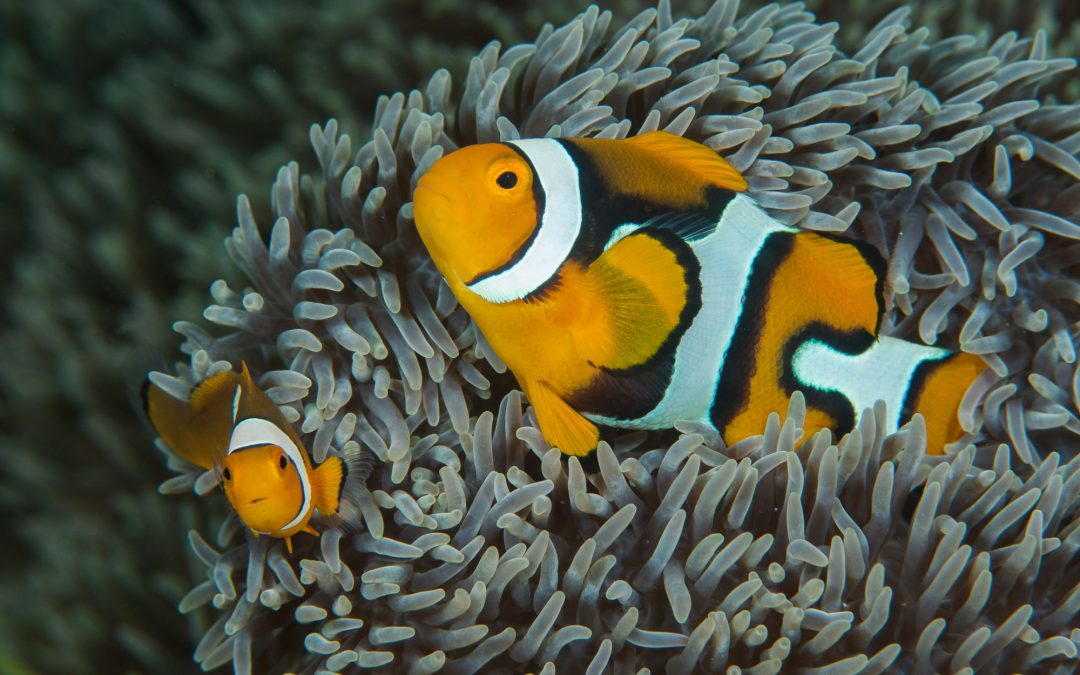 Having had two amazing trips in Raja Ampat, the time came for our expedition to Cenderawasih Bay aboard Dewi Nusantara.  This huge embayment, on the north coast of Papua, is famed for its whale sharks and large number of endemic species.  We began the 15 day trip in Sorong and first sailed past the east of Waigeo, then across to the north west coast of Papua and over the top of the Bird’s Head Peninsula before entering Cenderawasih Bay.  Once inside Cenderawasih we toured the western side of the bay all the way from Manokwari in the north west to the southern most area where the whale sharks are found.

Our adventure got off to a great start in the Kri area where we spent the first day getting our gills wet on some fantastic dives in the area.  The highlight was the return of the Oceanic mantas (Manta birostris) to the seamount Blue Magic.  I hadn’t yet seen any this year and apparently neither had the rest of the crew.  We were immediately greeted at the site by two mantas breaching, throwing their entire bodies clear of the water.  Underwater, at least six of these huge behemoths spent the whole dive with us and made repeated, very close passes.

With such a long trip we had the luxury of fitting a few land visits into the itinerary.  The first was sadly an unfruitful excursion in search of the elusive red Bird of Paradise (Paradisaea rubra), which is endemic to Waigeo and Batanta islands.  The walk was nonetheless lots of fun and we were privy to an astounding Papuan dawn chorus that alone was worth the 4 am start.

Luckily, our tour of Mayalibit Bay was a much greater success.  We, along with millions of gallons of water, entered and left through the narrow channel that is the only access to the bay.  The currents were like nothing I have ever seen before, the water was boiling and whirlpools appeared at random.  Inside the bay we saw cockatoos and hornbills flying overhead and investigated the many islands dotted around the southern part of the bay.  There was no chance of diving here as there is a healthy saltwater crocodile population resident in the bay.  The local marine park rangers told us how only the week before a villager had been taken by a croc whilst searching for sea cucumbers! 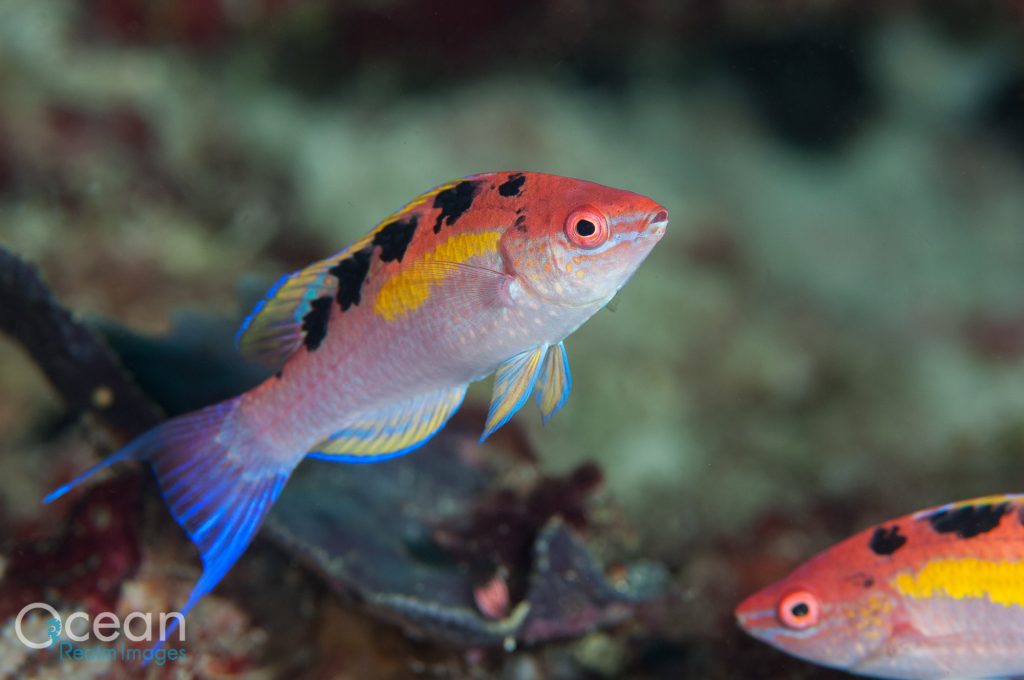 After some dives in the east of Waigeo we made the crossing to the mainland of Papua.  We stopped at Amsterdam Island just off the Bird’s Head Peninsula, where we dived at a site called Junkyard.  The site comprises small boats and barges from World War II, which were abandoned as the Americans were leaving the area 65 years ago.  This has now become a living reef, covered in corals and schooling fish.  The visibility was great and this helped us spotting eagle rays and barracudas, but we also came across some interesting macro subjects such as ghost pipefish.

The two morning dives at Junkyard were followed by an epic crossing over the top of the Bird’s Head to Manokwari.  Big swells rolled in from the north, which are often encountered at this time of year, and sadly prevented us from stopping off to see the nesting leatherback turtles on the Wermon beaches.  The crossing took the rest of the day and we arrived into Manokwari early the next morning.  Since diving in Cenderawasih is in its infancy, there is a great deal of governmental red tape and negotiations with the villages in order to dive.  On arrival in Manokwari, before we could dive, we had to check in with the village that owned the wrecks and reef.  We had to pay for the privilege, but we had a nice few dives in the harbour area.

These dives in Manokwari were our first taste of Cenderawasih Bay and acted as a changing of the guard between the usual reef fauna of Indonesia and the endemic fishes.  Here the longnose butterflyfish, Forcipiger longirostris, lives alongside the endemic Cenderawasih longnose butterflyfish, Forcipiger wanai, which was only described in 2012.  Here was also the first time I have ever seen the true Clown Anemonefish, Amphiprion percula, in Indonesia and certainly the first time where it is living on the same reefs as its close cousin the False Clown Anemonefish, Amphiprion ocellaris!  Cenderawasih acts as a buffer zone of western Pacific and Indonesian species. 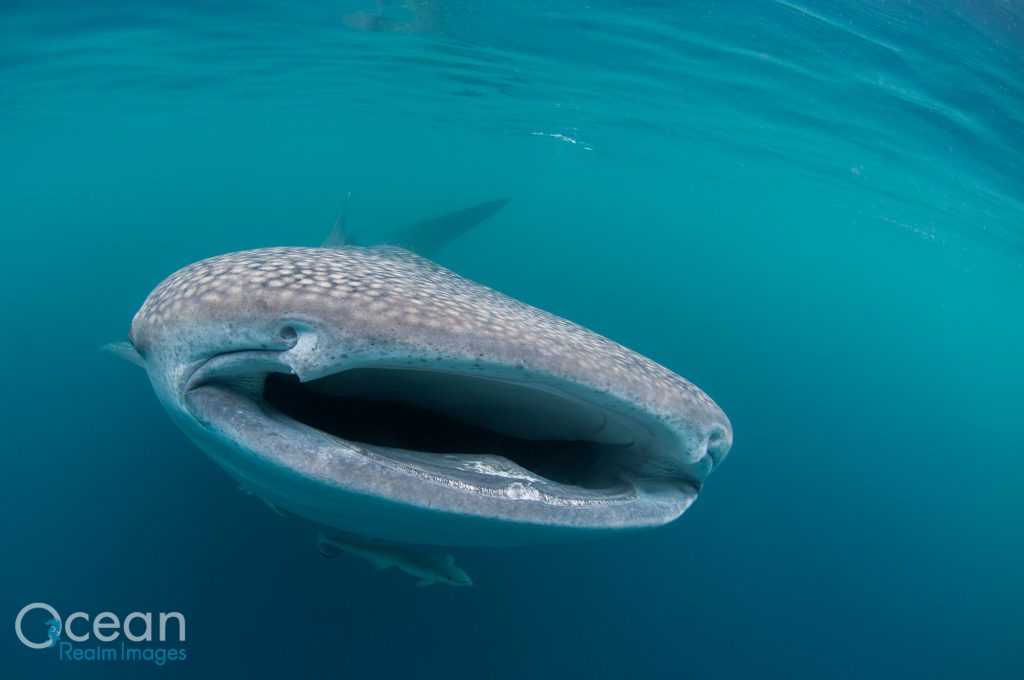 Over the coming week, as we headed south within the Bay, we saw more and more of the endemic Cenderawasih fishes.  High on my list had been the Cenderawasih Fairy Wrasse, Cirrhilabrus cenderawasih, and although it took a few dives to find it, it was well worth the effort.  Eventually I found a few males and a harem of females between 25-30 metres depth where they remained in a small area.  The fish weren’t too timid so I was able to get as many shots as my bottom time allowed.  During the trip I saw eight of the fifteen endemic fishes.  Price’s damselfish, Chrysiptera pricei, Caitlin’s dottybacks, Pictichromis caitlinae, and the Walton’s Flasher Wrasse, Paracheilinus walton, were ubiquitous on reef dives.  My last remaining nemesis is the endemic Cenderawasih epaulette, or walking shark, Hemiscyllium galei.  I did manage to find one, very timid, individual on a night dive off Roon Island, but I wasn’t able to get a very good photo so this will definitely be a high priority on the next trip.

For many people the highlight and major draw card of Cenderawasih is the whale sharks, Rhincodon typus.  Since the 1940’s the floating Bagans, which are pontoons catching small fishes in very deep water, have attracted the sharks.  Since the discovery of this interaction by Western scientists in 2006, tourism has flourished and has become a staple on the few cruises that make it to this remote region.  The Bagan fishermen have, for many years now, been feeding the sharks with some of their catch, as the sharks are considered good luck.  Before the advent of tourism the sharks would accept their free snack and then head off at dawn.  Now, dive boats are able to buy some of the fishermen’s’ catch, which is given to the sharks over the next few hours.  The sharks stick around and we were able to experience an amazing encounter with the world’s largest fish! 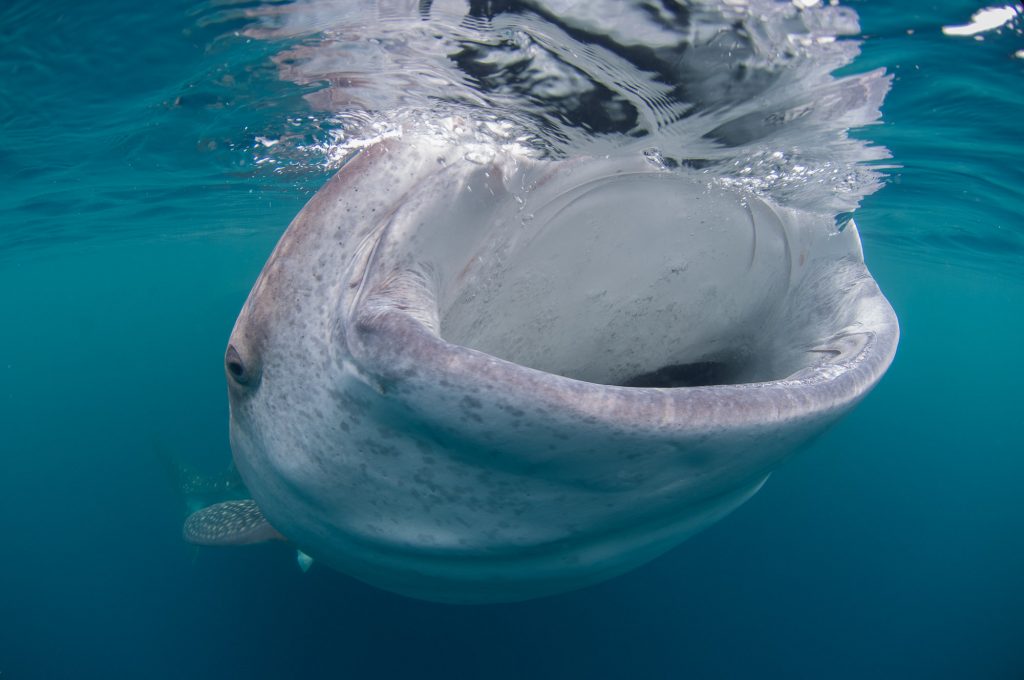 Like all diving in Cenderawasih, negotiations are required for diving to occur.  At 3 am Yann and the other guides were off searching for a Bagan with whale sharks present.  Having found one, they agreed on a price with the fishermen.  They then headed to the village to bargain for the chance to dive and snorkel within their jurisdiction.  Thankfully, all went smoothly and we were in the water with a 4.5 metre female whale shark by 7:30 am.  This female was joined by a larger male just under an hour later and over the next two mornings we spent at least 8 hours in the water, be it snorkelling or diving, with five different individuals.  It gave us plenty of opportunity to get the shots we wanted and have some amazing quality time with these amazing, harmless fish.

Given that this was a very different cruise from our usual Raja Ampat itinerary, I added a couple of new talks to my repertoire.  With our fantastic manta encounters as well as the whale sharks, I added ‘Giants of the Reef: Mantas and Whale Sharks’.  During the research stage of this talk, the more I read the more I was surprised about how little is known of whale shark biology.  We basically know nothing about their reproductive biology; where they mate, give birth or spend their formative years.  They appear to be born at between 50 and 90 cm, but only 19 animals less than 1.5 m in length have ever been seen!  We don’t even know what happens to adults when they leave the mass aggregation sites dotted around the world! It’s amazing how we know so little about the largest fish in the sea; it’s rather humbling in my opinion.

As always, I ran a photo competition for the guests, which was a lot of fun.  Madhavi was the winner of the behaviour category with her fantastic shot of ‘hugging’ whale sharks.  Normand won the favourite shot from the trip category with a juvenile Denise’s pygmy seahorse.

The other lecture I added this trip delved into the fascinating biology and evolutionary processes taking place in Cenderawasih Bay.  This will be the topic of my final blog, which should be posted in just over two weeks time, after we are back in Sorong.  In the meantime, check out my images from this trip by following this link and keep up to date via my Facebook page: www.Facebook.com/OceanRealmImages