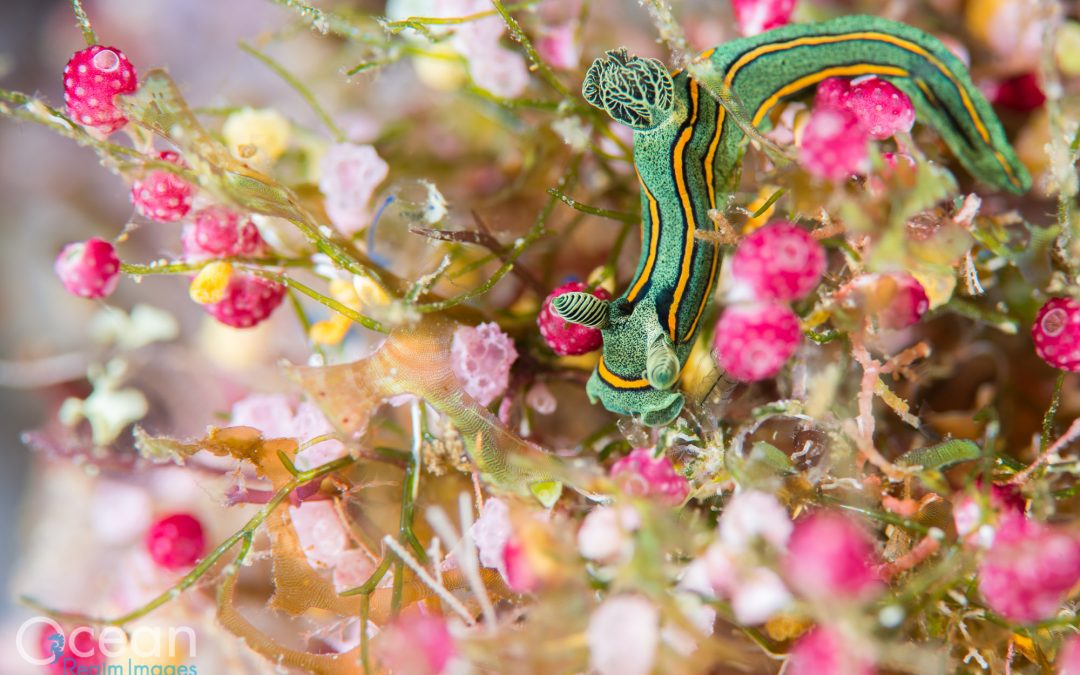 An update is long overdue but I’ve fallen sadly behind on blogs of my travels, publications and exciting marine life finds of late.  There’s a lot to catch up on here at Ocean Realm Images!

Since my last blog, I’ve completed several more successful trips as group leader; both alone and with Wendy Brown as ‘Our Beloved Seas’ trips.  The trips have included Tubbataha and Dumaguete in the Philippines, Alor, Wetar and Wakatobi in Indonesia and most recently Northern Raja Ampat (follow links above to galleries and trip reports).  We saw some amazing marine life living where it shouldn’t (The thinline wobbegong shark (Orectolobus leptolineatus) in Alor and the mimic jawfish (Stalix sp) in Dumaguete) and several firsts for me – including species for which very few sightings have ever occurred (Humann’s fairy wrasse (Cirrhilabrus humanni), new species of flasher wrasse in Alor (Paracheilinus sp.), soft coral pipefish (Siokunichthys breviceps) and harlequin grouper (Cephalopholis polleni)).

Wendy and I are very pleased that so far from our three trips, we’ve been able to pass some of the proceeds to conservation efforts specific to the regions we’ve visited.  So far we’ve donated $1500 to help the amazing work of the conservation charities Save Our Seas Foundation and Conservation International.  We both think it’s hugely important that we give something back to preserve the oceans that we love so much.  We hope you agree!

There are lots of exciting expeditions in the pipeline too. I have a number of charters coming up this year and all the way through to 2017 (I’ve even started plotting 2018!).  We can still accommodate a few people on trips this year; including the land portion of a trip to Atlantis Dumaguete Resort in the Philippines and in the Solomons too, so do contact me if you’re interested.  Follow the links below for more details or check out my expeditions page here https://oceanrealmimages.com/

I have also started a new and exciting venture with Dive Worldwide, a UK based diving company for whom I will start leading trips as of February 2016.  I recently gave a talk about our upcoming Philippines trip at London’s Russell Square Hotel.  The talk went very well, and it was apparently the best attendance they’ve had.  It was great to meet some of the folk who have already signed up and those who since have.  Keep your eyes peeled on my social media (Facebook and Twitter) for details of my next talk with them, which is currently in the planning stage.

I’ve been extremely busy writing for various publications around the world.  Since my last update, I have begun writing a regular monthly column for Sport Diver magazine in the US, called ‘Species’, which has so far covered: Crinoids, Goliath Groupers, Caribbean Spiny Lobster, Sea Stars and Whale Sharks.  I also completed my five part series in British Sport Diver magazine ‘Photographing Behaviour’, and have now begun a new series ‘Critter Hunting’.  I’ve also had a series ‘Mini Breaks’ in Sport Diving magazine and a couple of cover shots with them too.  In addition to those regular features, I’ve also had pieces in Wild Travel magazine, Action Asia, Depth Magazine, Aquanaut, Silent World, X-Ray magazine, Diver, Dive!  I’ve been busy to say the least!

Finally, if you like moving images, I have recently started shooting HD video with my D800 SLR camera.  The first video that I’ve put together is now up on my YouTube channel ‘Diving The World’s Richest Reefs – Raja Ampat, Indonesia‘.  Check out the link and I hope you enjoy it.