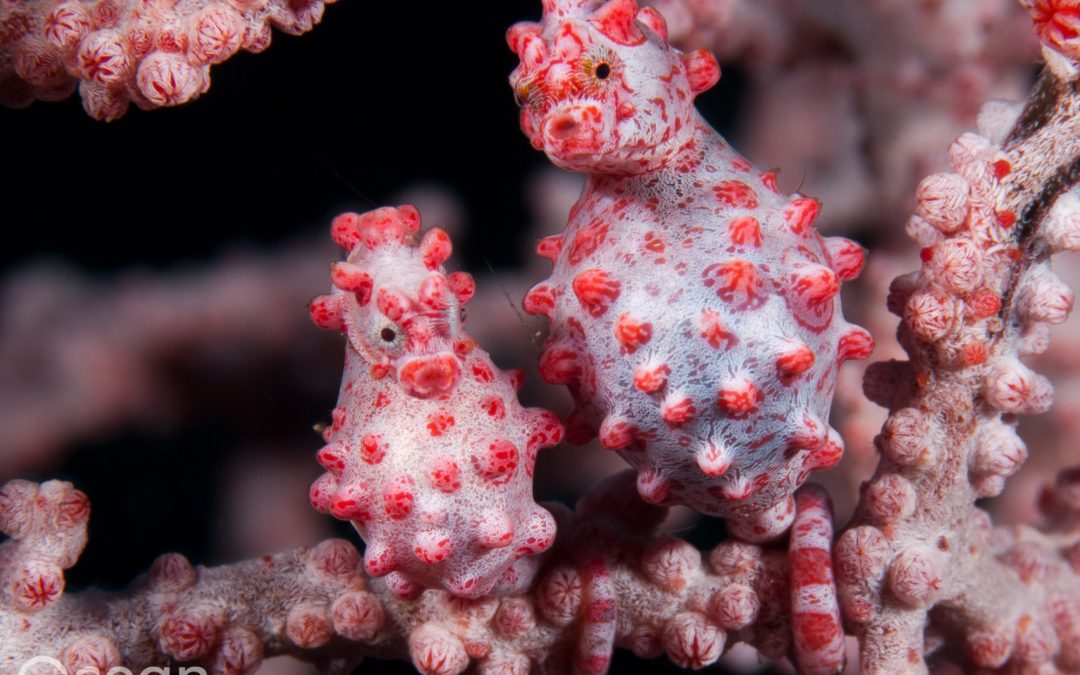 On the 1st April 2011 my PhD was officially awarded.  I am the first person to have completed a PhD on the biology of pygmy seahorses and I’m excited to share some of my findings.  My thesis is entitled ‘The Biology and Conservation of Gorgonian-Associated Pygmy Seahorses’.  I will be publishing the findings from my thesis in the scientific literature in the coming months so keep checking back or sign up to my blog updates for details.  Until then I wanted to share some information and facts about pygmy seahorses:

Pygmy seahorses are a group of seven species of miniature syngnathids (technical name for seahorses and pipefish) fish that live in the Coral Triangle region of southeast Asia. They range in length from 1.4 – 2.7 cm between the tip of the tail to the end of the snout.

Within the first decade of the 21st century six of the described total of seven species of pygmy seahorse were officially named.  Before that only Bargibant’s pygmy seahorse was known to science, having been described in 1970. Since then two species have been synonymised with others (Severn’s pygmy joined Pontoh’s and Walea Soft Coral Pygmies joined Satomi’s – although I strongly believe the latter should again be separated).

Follow the links below to the image galleries for each of the pygmy seahorse species where there is more information about them individually: 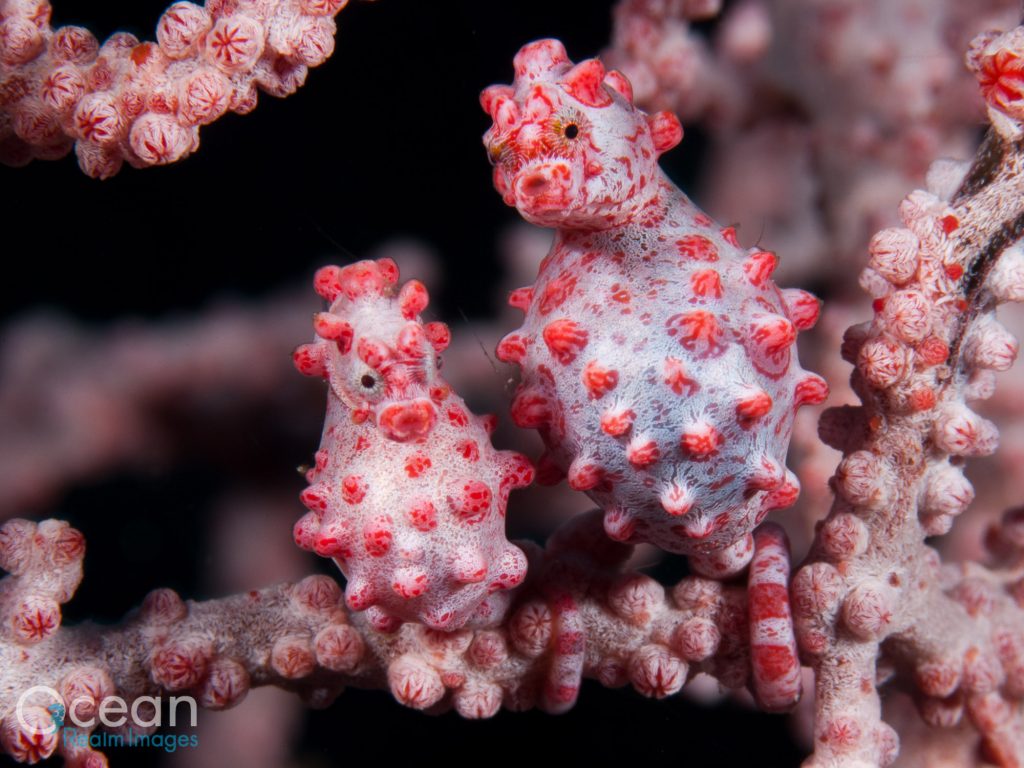 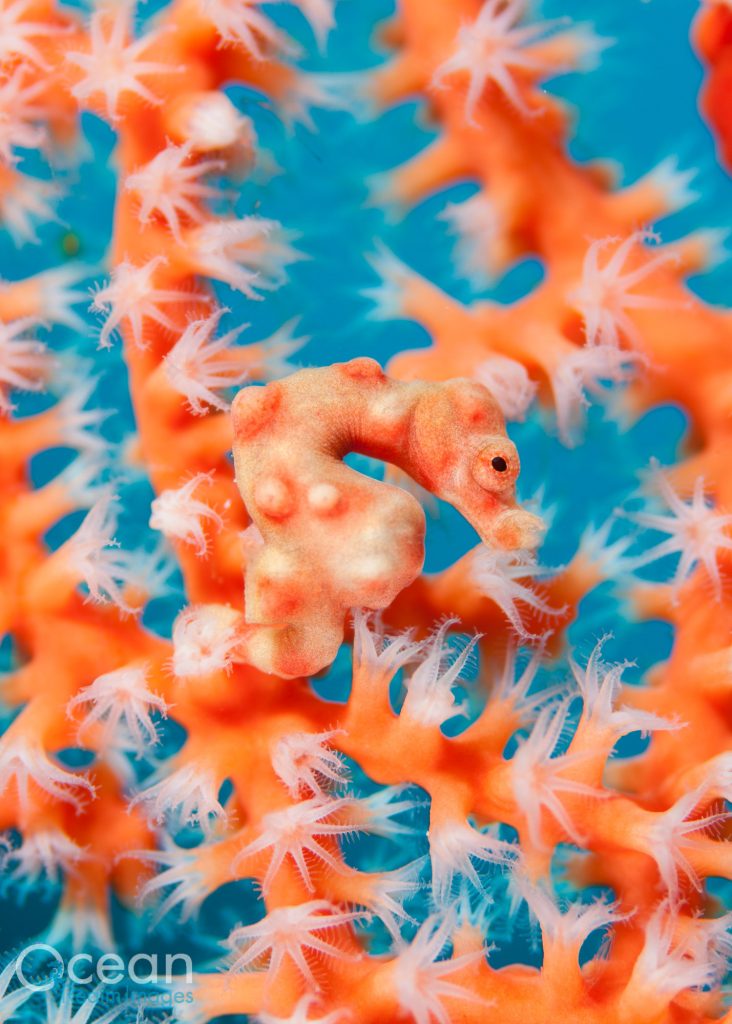 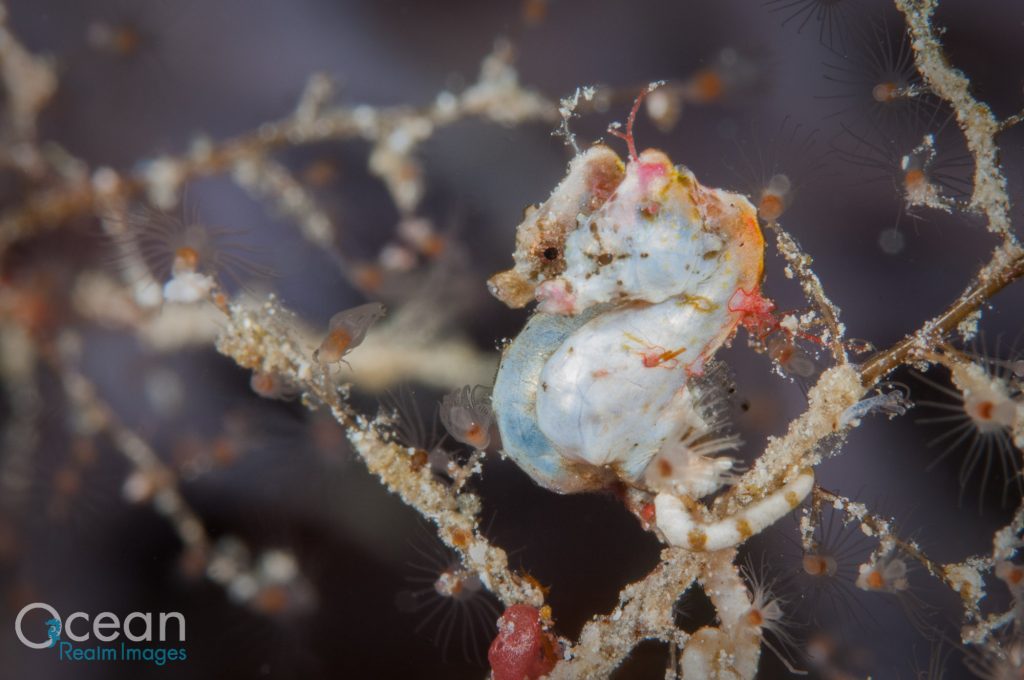 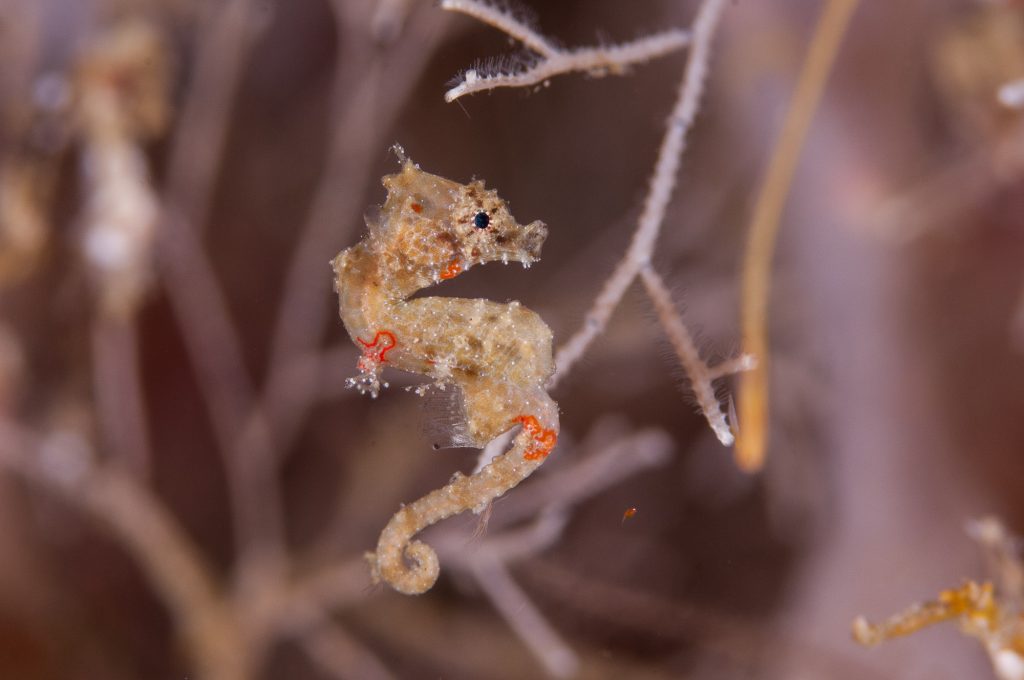 Walea Soft Coral Pygmy Seahorse (Hippocampus waleananus) – has recently been synonymised with Satomi’s Pygmy Seahorse due to a poor quality holotype specimen.  Hopefully this will be readdressed soon, as this is likely to be the most endangered species of pygmy seahorse. 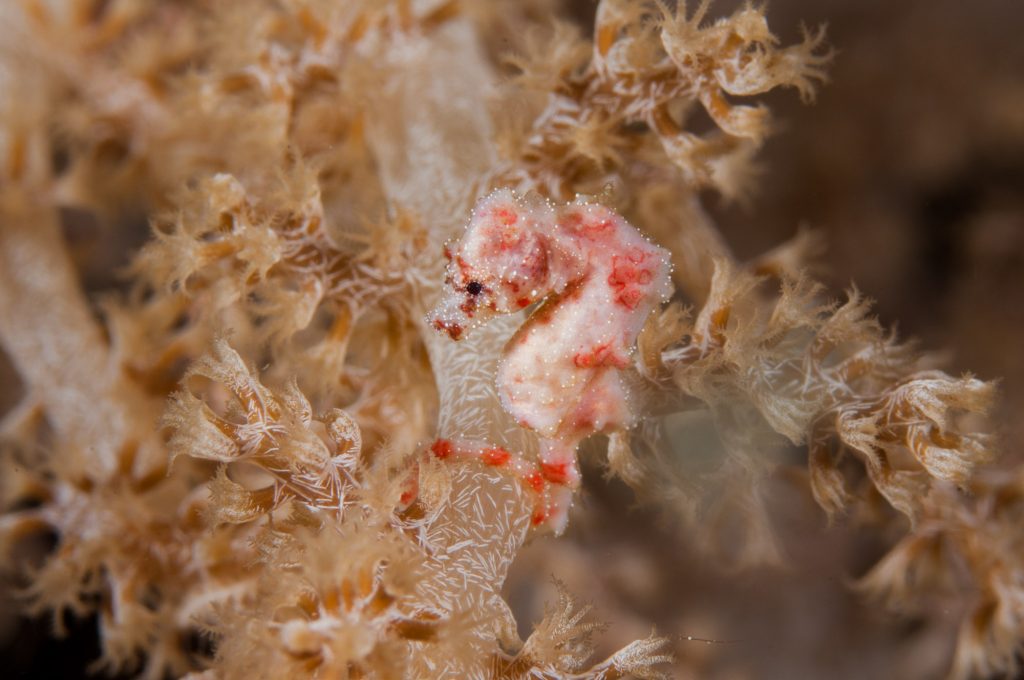 The final described species of pygmy seahorse, Coleman’s pygmy seahorse (Hippocampus colemani), is thought to be restricted to Lord Howe Island off the east coast of Australia although there are unconfirmed reports from eastern Papua New Guinea and Taiwan.  I am yet to observe this species in the wild but hopefully one day I will have the opportunity!

There are likely to be new and undescribed species of pygmy seahorse yet to be discovered.  One such species that awaits a name is the Japanese pygmy seahorse.

Japanese pygmy seahorse (Hippocampus sp.) – I am in the process of investigating this species and working on a possible description. 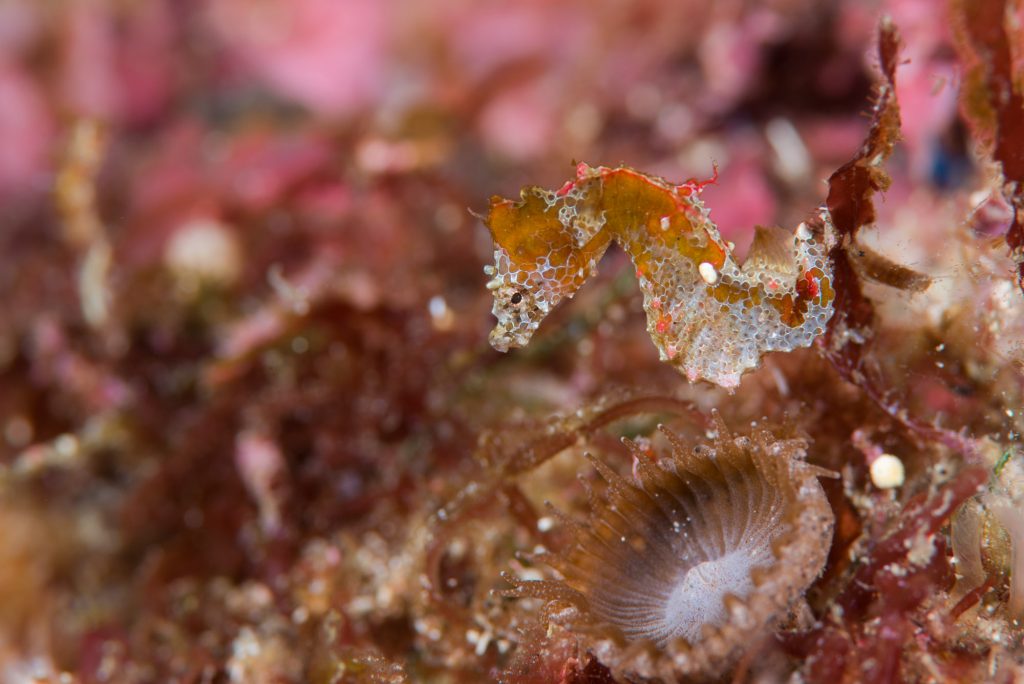 Female pygmy seahorse on the left hand image (a) with a raised circular urinogenital pore and a male right (b) with a slit-like opening to the brood pouch.  Scale bars are 5 mm.

• What happens to the baby pygmy seahorses after they’re born?